Astrology is NOT science!

I have come across a shockingly high number of reasonably educated and intelligent Indians who happen to buy into the belief that ‘astrology is a science’. This article hopes to show otherwise. 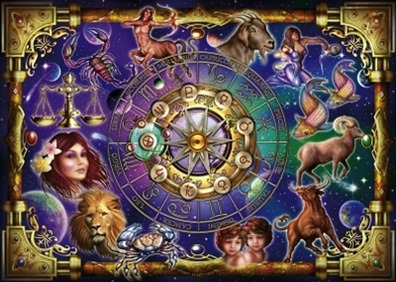 Last night this was thrown at me again. I am tired of going over the same thing over and over again so from now on I would like to point people to this post and make life easier. You can believe whatever you want but don’t call your unjustified/unverified claim, science. Don’t tell children that its science.

"The alignment of planetary bodies can significantly influence human destiny."

The very first thing we can say about this is that it is a non trivial claim.

It is a claim about physics, biology. All one needs to do is ask, Does it work? That is, do astrologers accurately and specifically predict human destiny from the alignment of the planets? No, they do not. Thus, the theory behind astrology is irrelevant, because astrology simply does not do what astrologers claim it can do.

So, if a person believes this claim to be true he is basically saying to the scientists of the world that they seem to have missed something so crucial to the nature of the universe, not just crucial, but something so inherently obvious that they with all their equations and instruments have missed But, the local astrologer/priest hasn’t!

So many types of astrology!

It is critical to understand that unlike kinematics, electromagnetism,thermodynamics,etc there is no universal astrology, each culture/civilization has had its own brand of astrology. There is  Chinese astrology(Based upon sun-moon calendar , Mesoamerican astrology(many different versions,based upon sacrifice,different sun-moon calendars), Babylonian astrology (based upon the inspection of the liver of the sacrificial animal), Hellenistic astrology( based upon the constellations. This is the forerunner to the modern western astrology), Astrology in medieval Islam( based upon position of constellations visible from the desert),  Hindu astrology( original based upon Vedic manuscript called Vedanga Jyotisha and the modern one is the the mixed system which is hybrid of Hellenistic and the old Vedic version)

Now its important to understand that they aren’t all same. the ‘predictions’ by these systems are mutually exclusive. In fact even predictions in the same system do not always have consistency.

Read the scientific researches on the subject, if you wanna:

In case you need to go through the scientific double blind tests done on the subject, good place to start is with the Carlson’s experiment. Although unnecessary,rest are you to dig up and read.

The common sense approach says, if it is true, that humanity has achieved such an insight into the nature of the universe, then why is it not taught in schools/colleges. I mean I remember studying the Nelson process, even though the chances of me actually using it to produce elemental sodium are close to zero, so why not teach students the ability to get an insight into the future by teaching them basics of this wonderful science. Why is it that, major corporations, major stock brokerages, etc spend millions and millions of dollars on stuff like market research, hire analysts when they can just have a team of top paid astrologers to tell them how the market will be in the future of how the customers will react to a product, etc.

Why aren’t scientific journals not taking astrology seriously?Why is it that NASA, ESA, ISRO,etc aren’t spending their money on astrology, instead of wasting all of it on astronomy?

Simple fact of the matter is, there have been countless researches on this and all of them show all of the fantastical claims made by astrology aren’t true. It is not science. Not one astrologer predicted the crash of a flight; not one astrologer predicted the 2004 tsunami(killing almost 2.5lac people),etc. Its just inconsistent, bullshit made by humans thousands of years ago. Astrology comes from a time when humanity know almost nothing about the universe and was riddled in superstitious hogwash.

Astrology has been around much longer than acupuncture; ghosts and demons have been around longer still. They are all relics of a time when Homo sapiens faced a world they had no hope of understanding.

If you believe in this, I hope this post has given you some pointers. No single article can change a persons mind. Rest of the research is for you to do, I cant do it for you. Embrace the magnificent reality of the universe. Instead of wasting precious time of your life on astrology, just spend minutes reading about astronomy(and see your jaw drop!).

Thanks for reading. 🙂 I hope the tone of the article wasn’t condescending; it wasn’t the intention, just my poor written expression.

Interesting media on the subject:

Carl Sagan – One of the greatest  astrophysicist on astronomy:

← You never know what they will say next.. 001
‘God did it!’ approach to the Universe and its mysteries →

12 Comments on “Astrology is NOT science!”

This site uses Akismet to reduce spam. Learn how your comment data is processed.